Footballers Past and Present: Who has the biggest property portfolio? 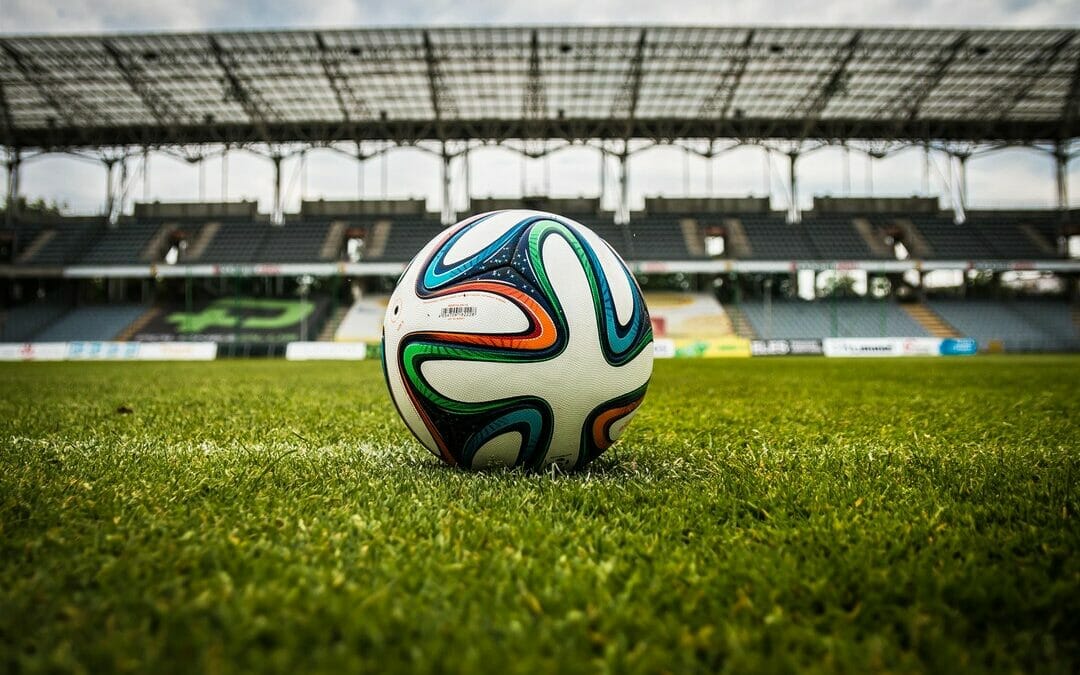 Football is a lucrative sport but buy-to-let is even more profitable. For UK players who are at the top of their field, it makes sense to put those hefty paychecks to good use and start building a property portfolio.

Being financially savvy means realizing that even if you make millions now there is no guarantee you will in the future. Unless you have a good portion of your money invested in assets that generate income on their own.

If they’re lucky, footballers might enjoy careers lasting about 15 years in the sport – and putting their hard-earned millions into real estate is a smart way to secure a comfortable retirement. 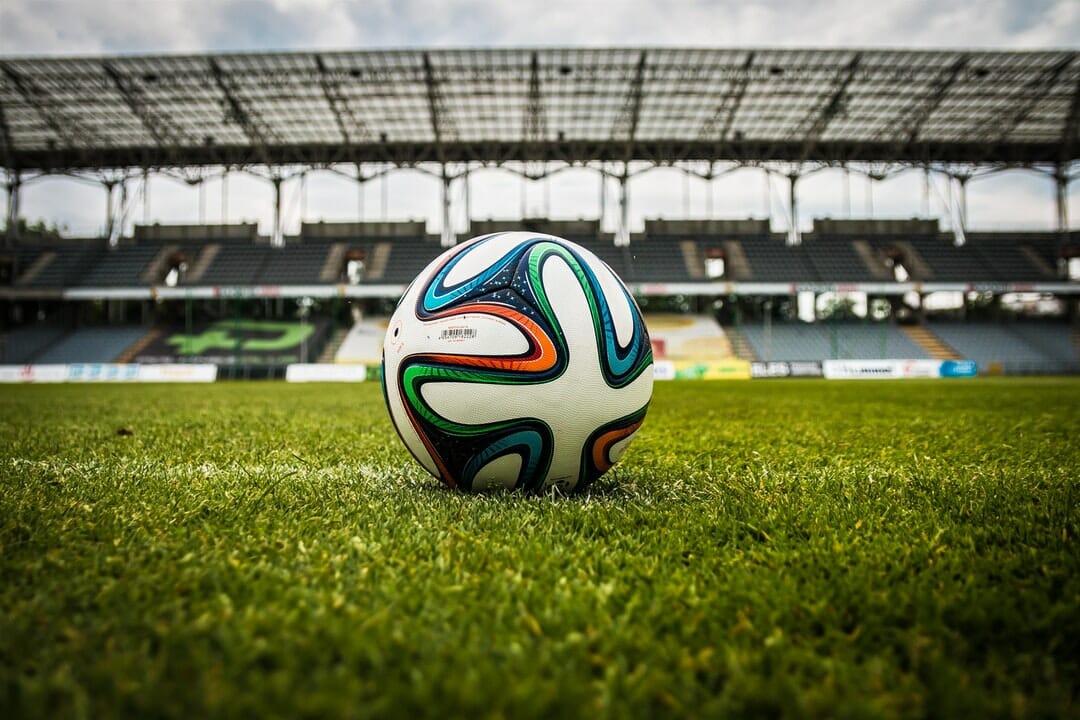 Here are some of the most prominent footballers who own the biggest property portfolios. 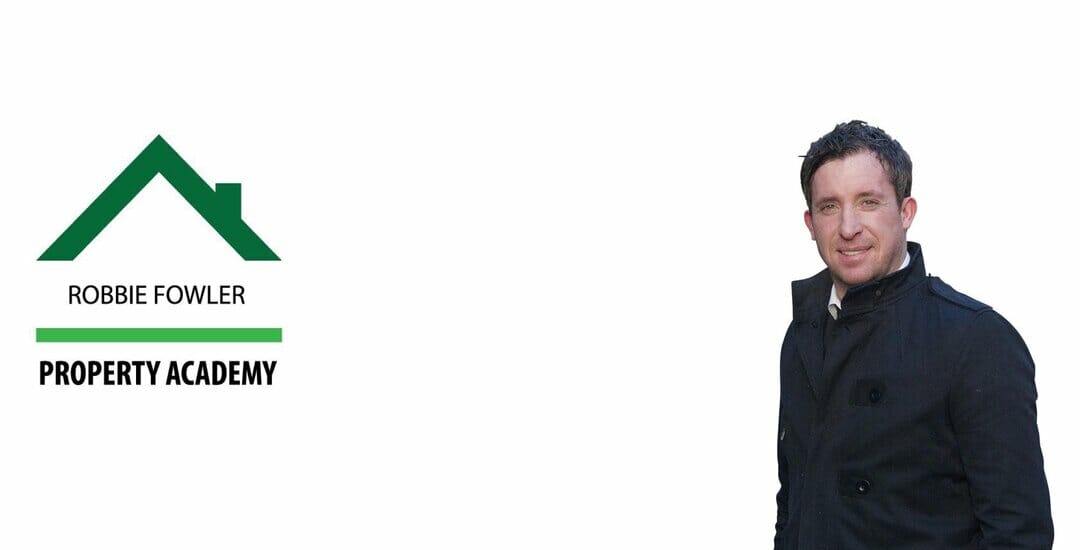 Liverpool legend, England international, Robbie is one of the 10 highest scorers in the Premier League’s history and winner of trophies in the UK and Europe. While other footballers lost millions in the property market crash of 2009, Robbie was one of the few people to come out of it with – if anything – his fortune enhanced. Fowler, now 44, is believed to be one of the wealthiest footballers of all time after building a large portfolio, including apartments, small family homes and larger buildings.

In 2005, he featured on The Sunday Times Rich List with an estimated fortune of £28m – while his net worth is now estimated to be about £31m. Fowler says the smartest move he ever made was getting a financial adviser as an 18-year-old following a recommendation by his first manager Graeme Souness. 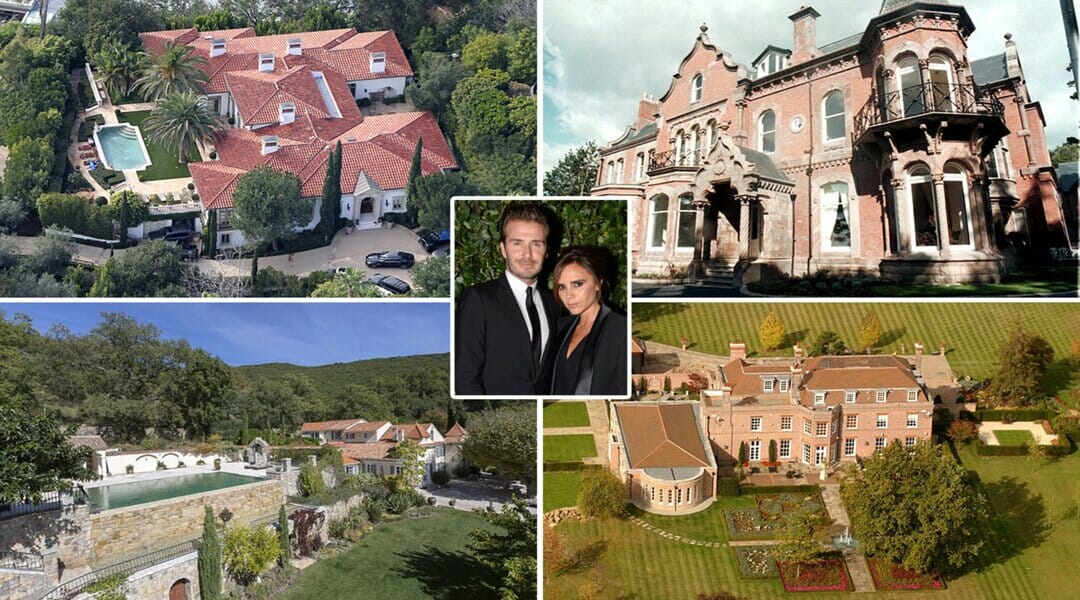 David Beckham has been one of the most successful players to ever grace the beautiful game. He has managed to make a brand out of himself and his family. But it’s his £62 million property portfolio that is the most impressive.

Beckham has owned a number of properties over the years, including the infamous “Beckingham Palace,” which he purchased with his wife for $3.3 million in 1999. They ended up giving the home a $4 million makeover and making a £9 million profit when they sold it. When Beckham moved to Los Angeles, he also bought a Beverly Hills mansion for $18.7 million. In 2018, he sold this home for $33 million. Other homes the couple owns include a $4 million house in southern France, a $41 million mansion in West London and an $8 million converted barn in Great Tew. 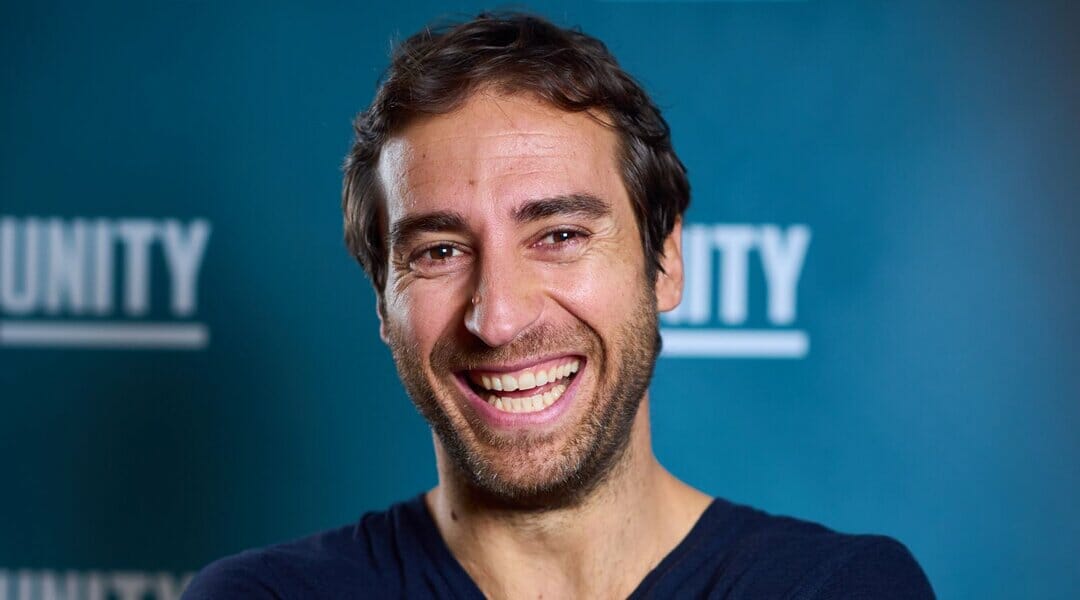 Former Arsenal and AC Milan midfielder Mathieu Flamini has always had an entrepreneurial spirit. In addition to his green initiatives and business ventures aiming to save the planet, he has an impressive portfolio of properties both in the UK and abroad.

Mathieu has said that the smartest decision he has made is to employ the services of a financial advisor early on in his career. With a clear understanding of how to invest, aggressive career earnings and very public income levels, he was able to diversify and grow his portfolio of assets over time. 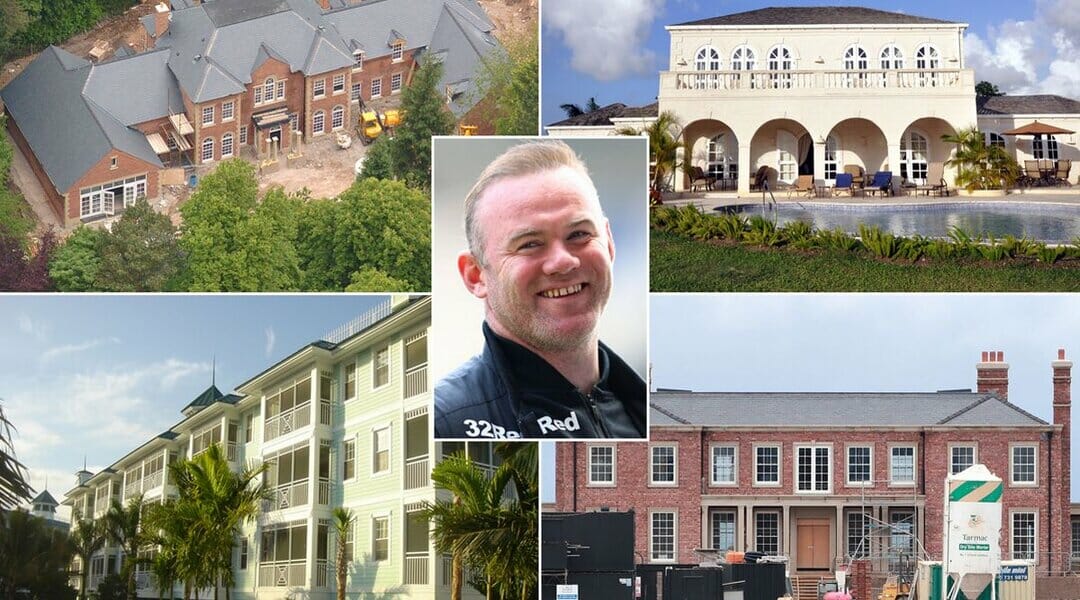 Former Manchester United player and Derby manager Wayne Rooney is among dozens of sportsmen and showbiz stars who invested a total of £25million to build two new apartment blocks in Aldgate and Whitechapel in London’s East End through their financial adviser, Formation Group.

Most of the 142 flats at the 17-storey Whitechapel block were sold 18 months ago to a single investor, who has since exchanged contracts but will not complete them until May.

However, the other building, above Aldgate East Underground station, hit the buffers when Iceland’s Heritable Bank, which was funding building work, went under in November. 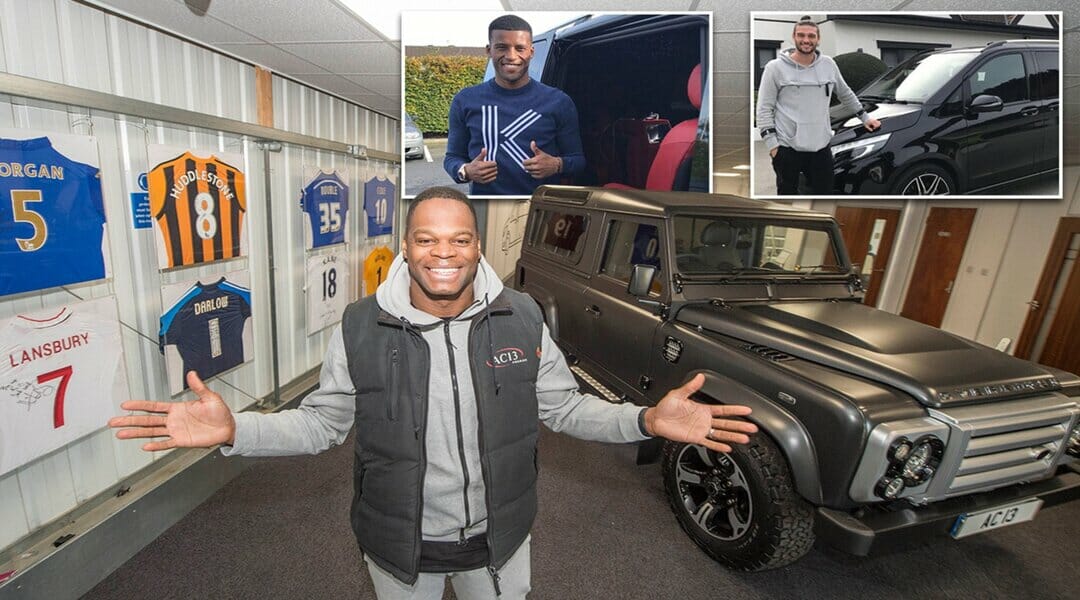 Marlon Harewood is another footballer who cut short his career to set up his business.

Nottingham Forest had been the first of 13 clubs for the powerful striker, who went on to play in the Premier League for the likes of West Ham United and Aston Villa.

The 40-year-old, who last played as a pro in 2016 for Nuneaton Town, now heads up AC13 Premier in Nottingham. The company caters to high net-worth clients who want their sports cars customised and equipped with the latest modifications. This has been the winning ticket for Marlon who went on to acquire various properties in his hometown and London.

He adds: “It’s always nice to have something to fall on so you have a goal to achieve at the end of your career. I’d recommend trying things out – it’s good for their families and themselves to go into something else. It’s like a second life.” 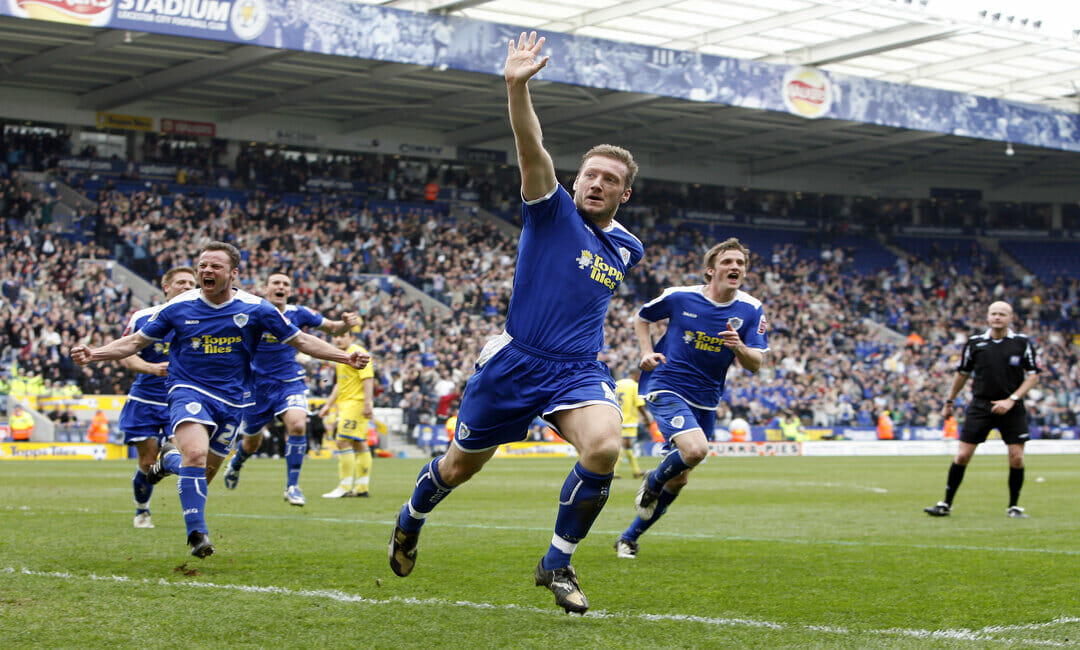 Steve Howard’s post-football career is relevant to anyone with an entrepreneurial spirit.

The former striker, who has played for clubs including Luton Town, Leicester City and Derby County, set up a consultancy business in 2015 to help players with their money.

He founded Platinum Capital Investments – a company, which advises players through their career about smart investments and portfolio diversification.

Howard, acting upon word-of-mouth referrals, now travels around the country working with players on a confidential basis, while he also meets with high-net worth individuals outside the game. 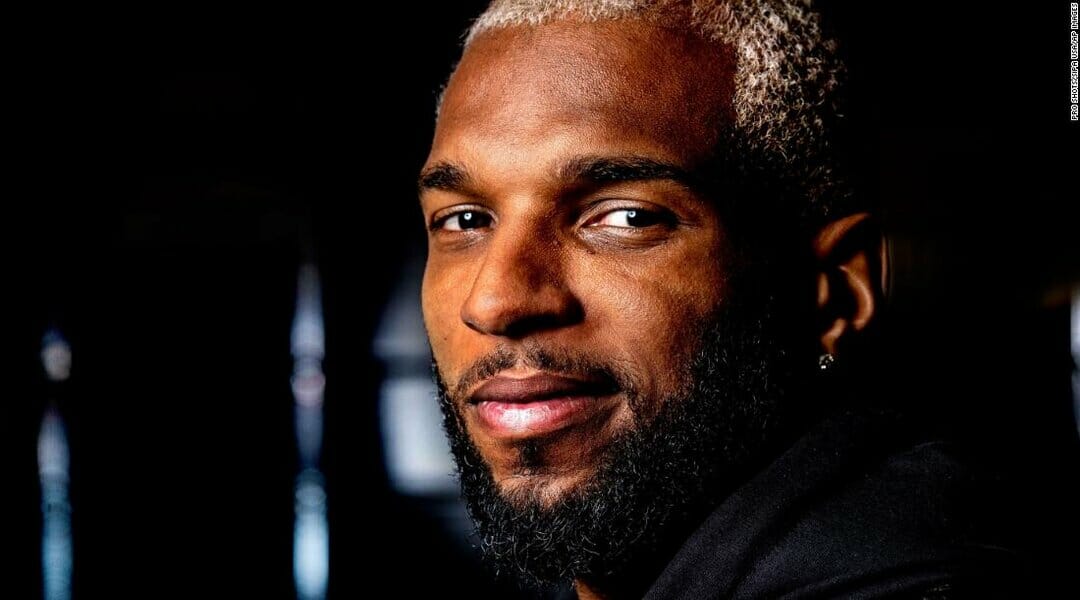 The former Liverpool star bought his first property at the age of 20 after moving from Ajax to Liverpool in July 2007. Following a subsequent transfer to Germany, his agent and father encouraged him to invest in property, initially buying a home to let every quarter.

With 10 properties to his name, Babel says he felt unfulfilled, as though he was going through the financial motions. He subsequently looked into day trading at the age of 27, enrolling in a year-long course. However post-qualification, ultimately the time needed to invest while playing professional football proved unrealistic.

Leveraging from banks and bringing in partners is the next step he took and is looking to grow his portfolio to 100 properties in the coming years. 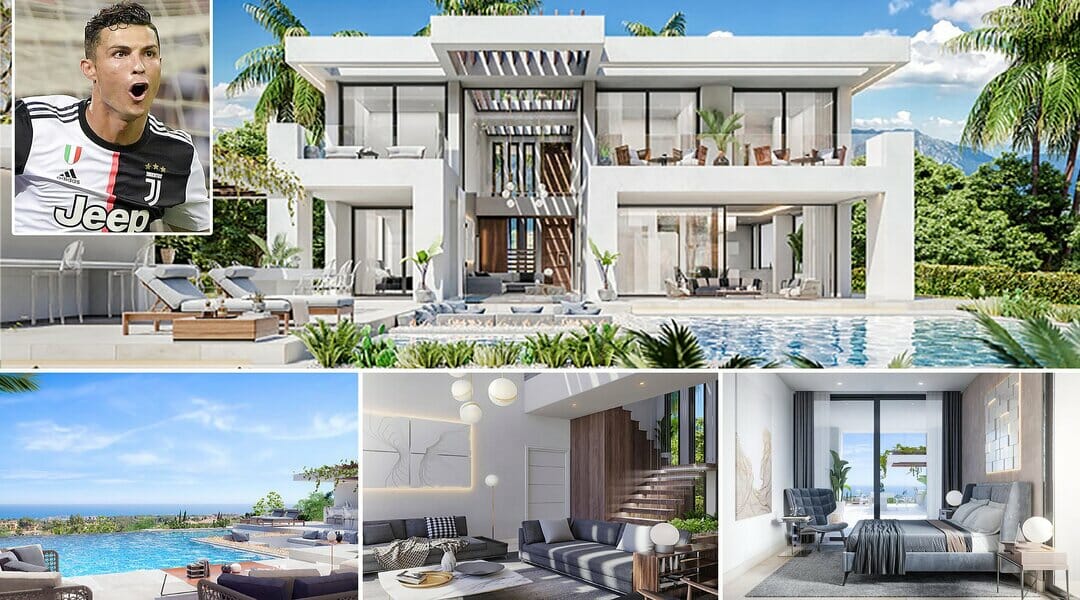 Cristiano Ronaldo’s $30 million real estate portfolio is fitting for a football star of his rank. Ronaldo boasts an enviable array of properties across the globe.

Among them, 7-story mansion, a New York City apartment, and a holiday home next door to Conor McGregor.

His New York apartment sits in the infamous Trump tower and costs the football player $18.5 million. Purchased in 2015, Ronaldo is now selling the property for $7.75 million. Ronaldo also owns a $9.7 million mansion in Madeira, the island on which he grew up.

After his nostalgic move back to Manchester United this summer, let’s see if he decides to buy a new home to add to his already impressive portfolio. 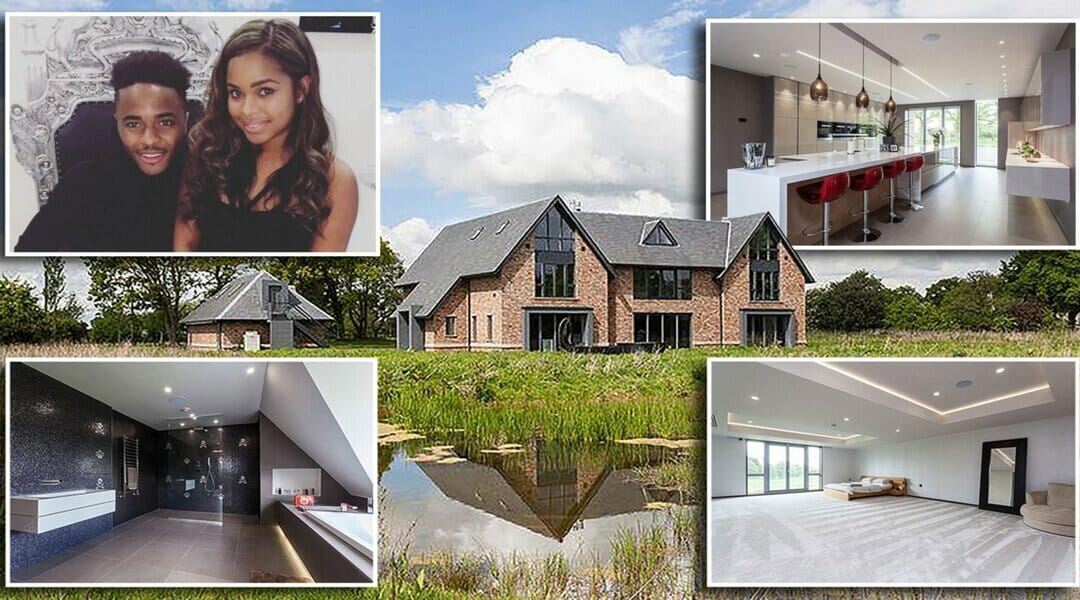 The move coincided with the football player’s branching out into a new career. Raheem and his fiance launched Milian Property in 2019. After months of studying property development, he achieved his qualification to become a property developer in 2018.

He then started a search of properties to add to his portfolio and was successful in purchasing six brand new houses. Raheem confirms that he plans to add more projects to his portfolio in the future. 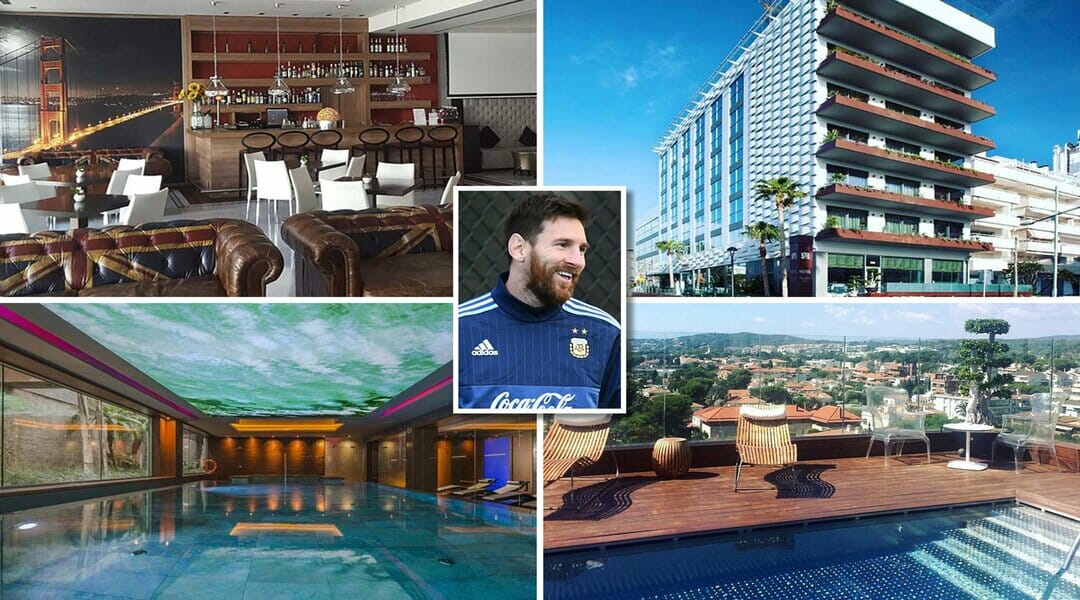 The Argentine superstar has been continuing to expand his property portfolio. After buying an apartment in the Porsche Design Tower two years ago, Messi purchased the entire ninth floor of a luxury Florida apartment in April.

In 2009, Lionel Messi bought an old mansion facing the beautiful Balearic Sea for €1.8 million. He spent more than €6 million afterwards for renovation and other customizations around the house. He also has a luxurious house in his hometown of Rosario, Argentina. The multi-million-dollar property offers all the amenities you would need to live an exorbitant life. His parents live here most of the time. Messi also jets in here during off-season intervals with his wife and children.

What makes property a great investment for footballers?

Football is a fast-paced career where players can make great money but their careers are often short lived.

The smart players learn to invest their money wisely and grow their net worth through the acquisition of more homes and rental properties which allows them to not only stay rich but generate generation wealth.